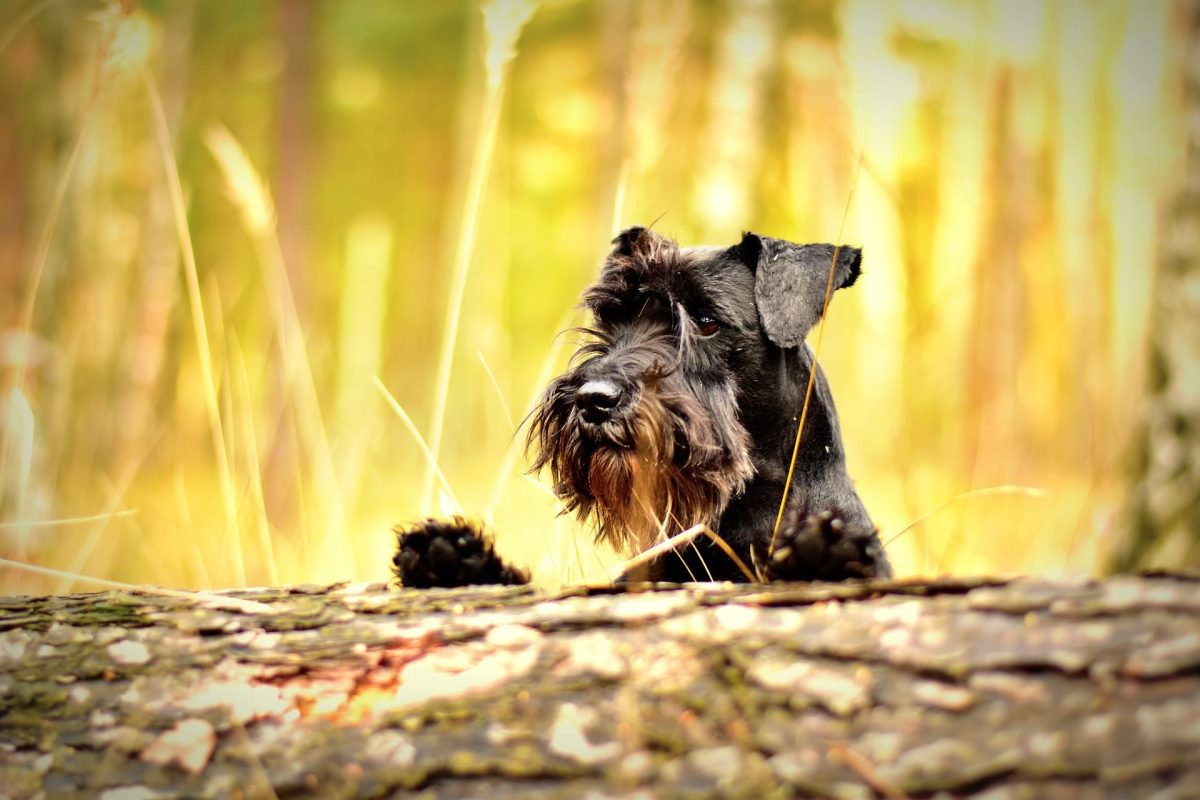 Bob arrived at his new home in February 2020. He was an easy puppy. Having spent his first 8 weeks of life with his mother and 4 other puppies Bob had begun to learn important canine social skills and now it was time for him to learn about the environment and how to interact with humans.

From the first night in his new home, Bob slept quietly and calmly in his crate and within 3 weeks was house trained.

Once Bob had settled into his new surroundings and completed his vaccinations, his education began. He went out for walks and met the neighbourhood dogs and local people, as well as all the visitors who came to see him. Bob went to the local pub where he learnt to interact calmly with strangers and other dogs.

Having had lots of social interaction, Bob learnt some manners when greeting people outside and greeting visitors to the house. Of course, he was bouncy and a bit giddy but had learnt to sit and wait to be greeted. Bob was used to travelling in the car (safely restrained in his travel crate), was happy to be left for short periods (again in his house crate), was sociable with other dogs and was generally developing into a lovely dog.

Bob was 3 months old at the beginning of lockdown. A critical time in his development. Bob, along with his owners, had limited opportunities to socialise and meet people and other dogs when the COVID-19 restrictions were imposed in March. There were no more visitors to the house, no trips to the pub and only short periods of exercise with no interaction with other dogs and people. Bob could not practise the manners and lessons he had learnt during his first few weeks of his education.

Even though his owners were unable to continue Bob’s education in the way they had started, they remained committed to providing him with plenty of mental and physical stimulation. They introduced interactive games in the house and garden as well as practising basic obedience exercises.

To help make up for the lack of social interactions, Bob’s owners took him out in the car when going to the supermarket for essential supplies. One of them would sit with him with the tailgate lifted, so that Bob could still see and hear people, cars and the general hustle and bustle of a supermarket carpark.

Bob was a happy and contented young dog. He continued to sleep quietly in his crate overnight and was relaxed in his crate in the car. He was fully house trained and a joy to own, but as the COVID-19 restrictions were lifted and life returned to the new normal, problems began to develop.

Bob was now 6 months old and friends and family wanted to come and see him again. Bob was a nightmare! He appeared to have forgotten all his previous training and visitors were met by a frenzied young dog who was clearly over excited, jumping up, whining, and spinning. Bob had no self-control!

Naturally, Bob’s owners were mortified! What had gone wrong? Bob had not seen any visitors for many weeks. He had been able to watch people from a distance when in the car but was unable to interact with them. Although it had not been obvious to his owners, Bob had become more and more frustrated at not being able to greet people. Now he was able to meet people once again, Bob was so excited he was unable to contain himself and became a whirling dervish.

There was another problem! Although Bob was still happy to sleep in his crate throughout the night, during the day he could no longer be left alone. His owners had been working from home during lockdown and now that they were leaving the house once again, Bob was frantic when left on his own. If Bob was put into his crate, he would scream but was still fine overnight.

Bob had become over attached and dependent on his owners. Prior to lockdown he had become accustomed to short periods of isolation during the day, but during lockdown, his owners had become his constant and only companions and now any form of separation from them caused him significant distress.

Bob’s owners also noticed that he had become more reactive to noises outside the house. Living close to a school, there had been plenty of traffic noise and children passing by, and Bob had got used to this. But whilst the school was shut the road had become quiet. As the school re-opened and the children returned Bob appeared to be worried by the general increase in noise level.

Bob’s owners were quick to seek help from a dog behaviour specialist via their vet. Various methods and techniques were discussed but given Bob’s extreme behaviour it was decided (with the veterinary surgeon’s agreement) to begin feeding Breakthrough dog food to help reduce his reactivity and anxiety.

Bob’s owners introduced the Breakthrough dog food over a period of days. Within a couple of weeks, Bob’s anxiety levels and over excitability had reduced significantly and his owners were able to begin his new training regime which included:

Based on Sian Ryan’s self-control methods, Bob learnt how to wait for food and not grab for treats, as well as learning manners around doorways and how to settle both inside and outside.

These exercises enabled Bob to understand the consequences of his actions and his owners were then able to begin teaching him to meet and greet people with the same manners he had previously learnt.

Desensitisation means ‘to become less sensitive’. To have no reaction/emotional response to a specific trigger.

To condition means to teach, and counter means to change. So, counterconditioning means to learn a new association.

For Bob, the negative emotional response of being left alone was changed to a positive by providing him with something pleasant when he was on his own.

Bob was given a special toy when he was in his crate. This toy was only available to him whilst in his crate and was removed as soon as he came out of his crate. At first, even though Bob was relaxed in his crate overnight, during the day his owners did not close the crate door, but continued with their desensitisation process of moving around the house etc.

Soon Bob associated being in his crate as a very pleasant experience because it signalled he would get a special toy. This combined approach helped Bob to remain relaxed and contented when left alone:

Serotonin is known to reduce behaviours such as aggression, anxieties, over excitability, and reactivity by raising overall mood state and promoting more positive emotional responses.

Would you like to learn more about how Breakthrough can help the balance of behaviour and emotions of dogs in your care?

Visit our Veterinary Resource page and learn more about how Breakthrough can help to support your veterinary practice.