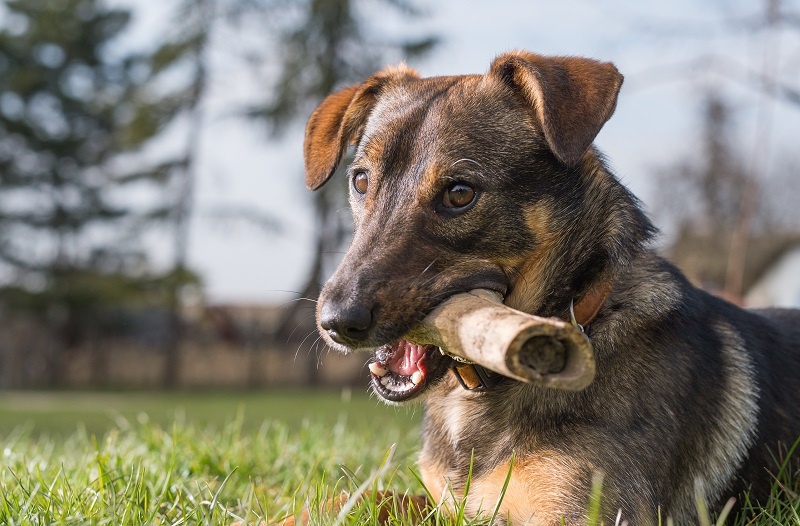 It starts out as a bit of a giggle … your new puppy grabs your slipper (slippers are great to grab because they are soft and squishy just like puppy toys, but they have the bonus of smelling like feet) and when you go to grab the slipper, he runs away. You chase him, he darts and runs, all good fun. Until he’s not a puppy anymore, and it’s not your old slipper he’s ‘stolen’ but a brand new (and rather expensive) trainer. Worse still, he likes to take his loot to his bed and chew it. If you approach him he growls, and if you try to take the mangled trainer off him … he swallows the remains in one big gulp. Leading to one big vet bill and a nasty bite as you tried to wrestle it from his mouth.

It’s natural for dogs to pick up the things they find lying around. They evolved as scavengers so anything lying around must be checked out in case it is edible. Many breeds have been developed to particularly enjoy finding and carrying objects, particularly gundog breeds, and will start to show this behaviour from a very young age. There are a few ways that we can control a dog’s desire to ‘steal’. The first is to put away the things that we don’t want them to find! It can be difficult for a dog to discriminate between dog toys, human toys, and items of clothing. Make use of stair gates, puppy pens, lidded boxes, and closed doors to restrict access to children’s play areas. The second is to train a retrieve. I start my puppies retrieving in my small hallway as there isn’t an opportunity for the puppy to run away with the prize. If your home is more open plan, attaching a light houseline will give you some control. Most pups will chase a toy or some rolled up socks. When your puppy grabs the toy call him back excitedly and when he comes make a HUGE fuss of him. Try not to grab for the prize. Instead fuss the puppy until he drops the toy and throw it again. You might offer a tasty treat when he comes back … most pups will drop the prize for a treat! Soon you should find that your puppy automatically brings the toy back to continue the game or to get a treat. Never chase the puppy when he has a prize in his mouth. Grabbing something and running away for a game of chase and tug is a game puppies play with each other and is brilliant fun, but it isn’t a game you want your puppy to teach you! You might be worried at this stage that teaching a retrieve indoors will make stealing worse … and it might at first. Now your puppy loves retrieving stuff for you, expect a pile of stray socks, shoes, toys, and the TV remote if you don’t put them away. However, if you only reward retrieves you ask for with food or play and quietly take the ones you didn’t ask for with no fuss, your pup will soon learn that offering unwanted gifts is not as rewarding. The third way I deal with ‘stealing’ is by using self-control games. In these games the dog must back away from the treat or toy in order to be released to eat or play. A simple version is mousey-mousey where you let your dog see your hands cover a treat or ball. When he backs off, you can flick him the treat or toy. Once he ‘gets’ the game you can slowly uncover the treat, still waiting for your dog to back off. These self-control games mean your dog is more likely to wait for you to ask him to fetch a prize he has found, rather than making a grab for it.

If your dog does manage to steal something and decides to take the prize to his bed, never try and take it off him. This is a recipe for guarding and bites. Instead get a favourite squeaky toy or delicious treat and bribe him out of the bed, waiting until he drops the toy to give any reward. If your dog is aggressive with his ‘prizes’ or has become a ‘stealer and swallower’ you may need help from a behaviourist to curb his stealing safely.