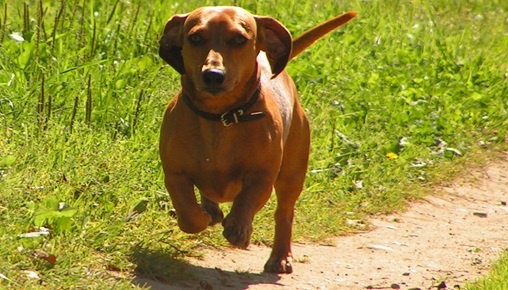 The chase (no, not the quiz show which I have been watching too much of since Covid-19 started!) is an instinct which many of our dogs struggle to control.

Chasing is part of the predatory motor pattern that dogs have inherited from their wolf ancestors. In a wolf the sequence is:

Each action in the sequence has to feel good to the wolf so that it will try again next time even if his prey gets away and he doesn’t get a full belly.

Dog breeds have developed with different parts of this sequence being more or less important to them. We have very few breeds which still have an active kill-bite (except terriers!), but many of our working breeds and types including sheepdogs, gundogs, hounds, and lurchers have been selected for centuries to enjoy the chase.

Chasing is fun for dogs, but uncontrolled chasing is dangerous. Dogs who chase can harm livestock and other people’s pets, scare wildlife, and risk injury and death if they run onto roads or encounter an angry farmer. Dogs who chase uncontrollably can’t safely enjoy off lead exercise and can be a nuisance to walk if they bark and lunge in frustration at not being able to chase.

There are many different methods that can be used to control chasing, but this is how I harness that instinct in my spaniels. I start by teaching them to sit on cue (I use the word sit, or a peep on a whistle). Next, with my puppy on the lead so he can’t make a mistake, I throw some toys and tennis balls around him. I start by throwing them so they land on the other side of me to my puppy so I can stop him if he moves. Toy toss > say ‘sit’ > puppy sits > give the puppy a treat. We work on this until I can throw all sorts of toys in a very exciting manner all around him and even past him, and he gets a reward for sitting still. Next, we do this on the move, again on the lead to start with. Throw a toy gently so you stay between the dog and the toy and ask him to sit, give a treat for sitting. Soon you should notice that your puppy anticipates and sits before you say anything … now the toy moving is becoming the cue to sit! Once your puppy is sitting every time the toy is thrown without you saying anything, you can start to do the same with him off the lead in a controlled space. Build up the difficulty until he sits every time you throw the toy. At this point you might want to introduce more fun rewards than a treat. Have two toys … throw one which your puppy stops to, then call him in to play tug or fetch with you and a different toy. This is how you keep ‘not chasing’ fun in the real world. If your dog sees a squirrel and you shout stop, and he stops… is a bit of dog treat a good enough reward? Probably not! Your dog will soon stop stopping because squirrels are much more fun. But if you stop him, then get out his favourite raggy toy … maybe you will stay more fun than squirrels. A similar method involves using what is called a ‘flirt pole’, basically a long stick with a furry toy tied to a rope. Ask your dog to sit, then drop the furry toy on the floor, if he stays in a sit you can give him a treat, but even better you could throw the treat so he gets to chase that instead. As he learns the game you can drop the toy, or move it, and your dog should sit to get the food treat thrown. Flirt poles are good because they look and act like real animals, but practise moving and catching them without the dog first – so he doesn’t accidentally get a reward by catching his prey!

If these methods aren’t working for you, or you have an established chaser, there are many behaviourists who specialise in predatory chase problems. Just check that they will be using force free methods so that learning not to chase is fun.