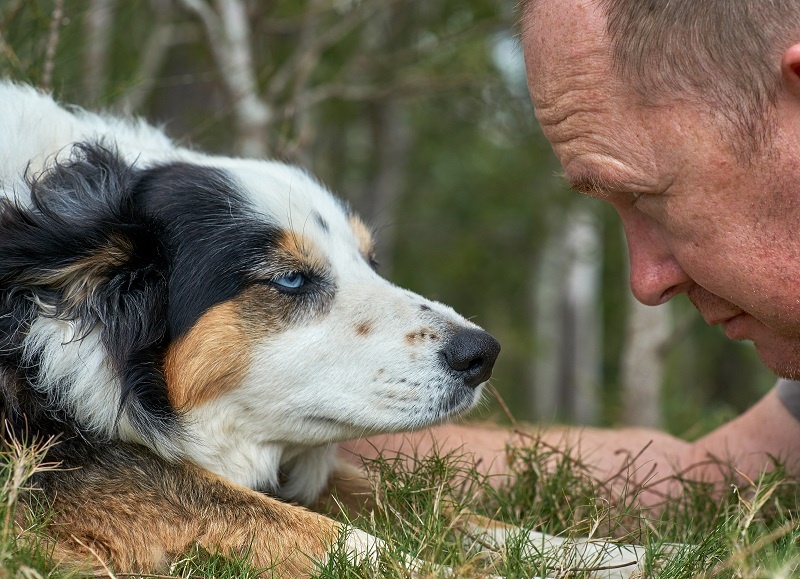 There has been much debate about whether animals experience emotions. Many drugs used to help stabilise emotional disturbances in humans have comparable effects in animals: confirming pets do feel similar emotions.

The principles of desensitisation and counterconditioning, developed in human psychology, help people overcome specific fear and phobias. Applying these techniques in pet behaviour therapy helps to overcome emotional arousal and changes how the animal ‘feels’.

Subtle changes in the reactions and body posture of dogs and cats require quick identification by professionals in order to monitor their emotional responses. A behaviour specialist will be able to set realistic goals dependent upon the severity of the problem. Moving onto the next step only happens at a pace which suits the dog or cat after strong and positive associations.

Desensitisation means ‘to become less sensitive’. To have no reaction/emotional response to a specific trigger.

Some excellent sound recordings exist that help dogs who are fearful of loud noises. Start by playing recordings at extremely low levels to gradually habituate the dog to low intensity noises. Then, steadily increase intensity – making sure that the dog doesn’t react. This will ensure he does not become emotionally aroused even when the sounds are at a normal level.

Using the same process for anything which triggers an emotional response works well. For example, dog to dog reactivity or fear of strangers.

Whatever the trigger, exposing the animal to a level which does not provoke a reaction (often called under threshold) applies. If a dog is reactive to other dogs, try presenting a ‘stooge dog’ a good distance away that isn’t moving. Repeat this several times .

A behaviour specialist will be able to identify what the next step should be. Either including movement at the same distance or reducing the distance slightly before introducing any movement. Over time, the reactive dog will have no reaction to the presence of another dog under normal conditions.

To condition means to teach and counter means to change. So, counterconditioning means to learn a new association.

Negative emotional responses change to positive ones for a reactive dog when something pleasant is provided in the presence of another dog. Offering a special toy or sprinkling an extraordinarily tasty treat on the ground results in the trigger predicting something good. Eventually, the dog’s emotional response becomes positive.

Using desensitisation and counterconditioning together

Most behaviour modification programmes use techniques of densensitisation and counterconditioning together. This is illustrated in the example of reactive dog in two parts. Firstly, presenting a stooge dog at a distance which does not provoke a reaction (desensitisation = no emotional arousal). Secondly, giving high value food to the problem dog (counterconditioning – negative emotional state changed to a positive emotional state). Used together these two techniques are remarkably successful in behaviour modification.