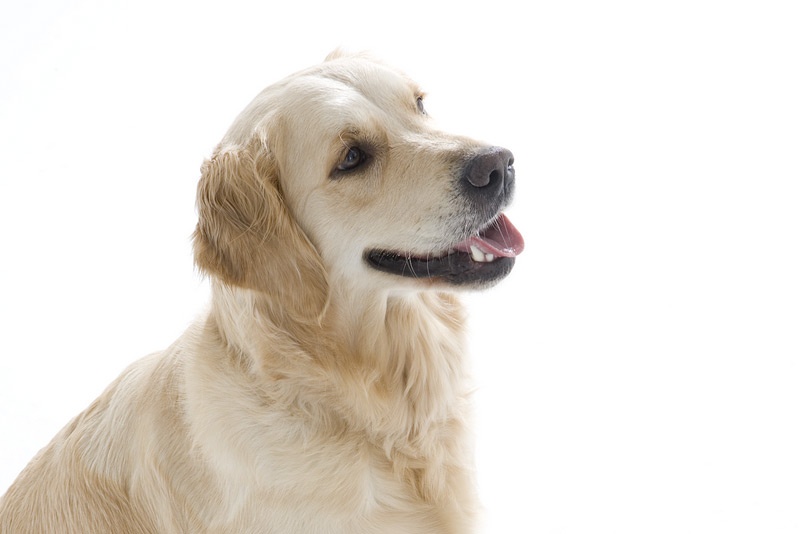 Recently there has been a great deal of media interest in dog training and behaviour therapy, and unfortunately many long outdated methods and theories continue to be publicised in among the new kind modern methodologies. Some people seem to have the need to “control” and “dominate” and this can be reflected in their relationships with their pet. It is highly likely that some owners still feel that they should be a domineering “pack leader” to their dog. The description of dominant behaviour when applied to the domestic dog is widely used and greatly misunderstood. A domestic dog and wolf are not the same animal. Approx 10-15,000 years ago, some wolves gravitated towards human settlements – and over the next years the characteristics of these friendlier individuals were strengthened by natural selection. Different behavioural characteristics emerged by the process of further natural selection in the human environment and then deliberate selective breeding by man of captive dogs to encourage traits that fitted different types of dog for different roles in human society.

There is currently a large body of opinion (non-scientific), often based on interpretations of the behaviour of captive wolf packs, that pet dog behaviour can be equated to that of wolves. This is meaningless because our pet dogs descend through a well established highly adapted intermediary from of the village dog anyway, but the behaviour of captive wolves is not comparable to that of wolves in the wild anyway, due to the imposed artificial restrictions of territory and that the majority of captive wolf groups are often unrelated. The popular hypothesis is that family pets see themselves as members of a pack, that pack being the human family The accepted premise is that wolves continually vie for the position of top dog within their pack (they don’t!), and therefore the pet dog must be similarly motivated to act in ways likely to gain for itself an ever-higher position within the human family group until it reaches the ultimate position of ‘alpha dog’.

The 3 aspects of this ‘dominance’ theory is that –
1. Wolves vie for position within the pack on a daily/continuous basis.
2. Domestic dogs think that humans are part of their pack.
3. Dogs want to be in charge of the family pack and actively seek the top job, the most important of which in any social mammal would be reproduction (the mind boggles at this point!)

Dogs are not interested in dominating us simply they have learnt to do that which is most rewarding.

In order to thwart the dog’s aspirations, and to ‘correct’ a variety of unacceptable (to humans) behaviour, the idea of Rank Reduction was devised. The programme is based on the strategies apparently employed by wolves, (as interpreted by human observers) to maintain or elevate their status within the pack.

These dictatorial rank reduction rules are designed to ‘put the dog in its rightful place’, at the bottom of the family hierarchy, they vary depending on which book you read, but the main ones are:

1. The alpha dogs eat first – owners should therefore eat before the dog.
2. Alpha dog maintains his status by a show of superior strength – don’t let your dog win a game of tug.
3. The dominant wolf sleeps in the best/highest place – pet dogs should not sleep on the bed/couch etc.
4. The alpha dog initiates greeting rituals – ignore your dog’s attempts at gaining attention
5. The alpha dog leads the pack on a hunting foray – people should go through doorways before their dog.

Dogs and humans are two separate species but dogs look to us to supply the food, comfort and exercise. We are the care giver. That said we have already learnt that dogs adapt, and are opportunists. Dogs are not interested in dominating us simply they have learnt to do that which is most rewarding.

Dictatorships are rarely successful in the long term, imposing a rank reduction programme is no more than systematic psychological punishment. Living with dogs is all about effective communication and co-operation, through the use of clear signals of reward and non-reward. Puppies are not plotting to take over the family, they learn many lessons about life early in their development. These early lessons teach them that life is all about the ability to interpret signals correctly and respond to these signals appropriately.

Dogs, like humans, learn by their mistakes or successes. If a dog burns his nose on a fire, he learns not to do it again. If a dog barks for attention and everyone ignores him, he will eventually give up. But if he does something that is rewarded, such as raiding the bin and finding food inside, he is likely to repeat it again and again. Repeating rewarding behaviour or ceasing to do things that are unpleasant or unrewarding is the basis of any learning experience and is true as much for humans and other animals as it is for dogs.

Rule 1: If a behaviour is rewarded it is likely to increase.

This means that if a puppy obtains some kind of pleasurable experience from performing a particular behaviour then the behaviour will be performed more frequently. For example, if the puppy is left in a room by himself and wants his owner to give him some verbal attention, he will carry out a series of behaviours in a random fashion in order to achieve the reward of the owner speaking to him. If, when he scratches at the door, the owner shouts, the puppy will be silent while he is being spoken to but the scratching will increase, after the initial silence. The next time he is left by himself and wants some attention, it will be extremely likely that the puppy will scratch at the door harder and for longer.
WHAT THE OWNER OFTEN VIEWS AS A PUNISHMENT, THE DOG OFTEN SEES AS A REWARD.

Rule 2: If a behaviour is not rewarded it will tend to decrease.

Learning for all puppies and dogs is an on-going process. The more they learn, the easier they will find it to continue learning. If we want our dogs to learn new behaviours, we simply need to arrange for whatever we want our dogs to do to be rewarding for them. The emphasis should be on rewarding desired behaviour, ignoring mistakes and never using harsh corrective techniques. Choke chains, pinch, prong and shock collars, shouting, threatening and other such out-dated ’traditional’ dog training techniques are especially contra-indicated and, in any case, utterly unnecessary with any dog of any age and ethically unacceptable in modern society.