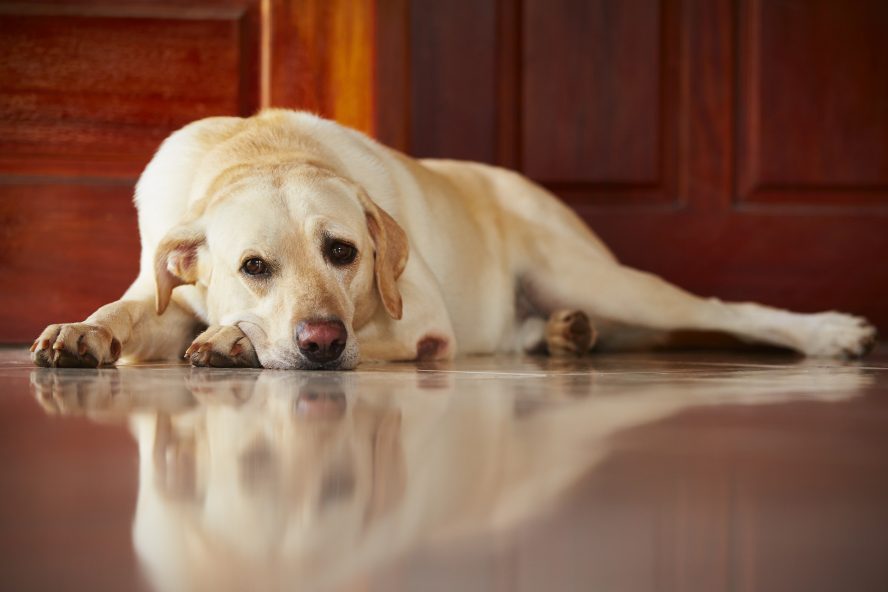 RSPCA figures suggest that 45% of owners feel their dog is afraid during firework displays. Fireworks are no longer restricted to the evenings around 5th November as they are an important part of many religious festivals, and are popular at weddings, concerts, and at New Year. 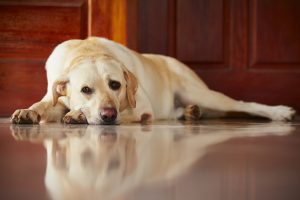 Ideally, dog owners, behaviourists, and vets should be working to desensitise dogs to the bangs and flashes that could come at any time. However, owners most commonly seek advice on dealing with their dog’s fear of fireworks in the run up to Guy Fawkes Night celebrations.

A common request is for medication that will help the dog cope with fireworks. In the past, it was very common for vets to prescribe acepromazine (often called ‘ACP’ or ‘ace’), but this is no longer recommended as it prevents dogs from moving away from noises, without relieving their anxiety, which can increase their sensitivity to noises. Behaviourists and vets now pay more attention to altering the environment to help a dog cope with fireworks, as well as employing a range of nutraceuticals, herbal supplements, and pheromones. For more severe cases there are also more suitable drugs which a vet may prescribe.

Nutraceuticals and herbs
Many products are available from vets, pharmacies and pet shops, which use minerals, amino acids, and herbs, to calm dogs in stressful situations.

Those based on l-tryptophan will have minimal extra effect on dogs that are already eating breakthrough™, which is designed to increase tryptophan uptake into the brain in a way that supplements can’t.

Magnesium supplements can have a calming effect on some dogs, as can herbs including valerian, but the quality and quantity of herbs in many over-the-counter remedies can be too low to have a noticeable effect.

Pheromones
Dog appeasing pheromone (Adaptil) is available as a spray, a plug-in diffuser, and as a collar, and has been shown to help in the treatment of noise phobias.

Until recently, there were no drugs licenced for the treatment of noise phobias in dogs. This changed with the launch of an oromucosal dexmedetomidine gel last year. The gel is applied inside the dog’s cheek and relieves anxiety without any sedating effect. It is ideally given half an hour before fireworks start, but works well even if the dog is already showing signs of fear and can be repeated after 2 hours. Because of UK prescribing laws, vets should now suggest this gel as a first-line treatment for occasional noisy events but it is not suitable for all dogs.

Other medications used for fear of fireworks include benzodiazepines such as diazepam and alprazolam. These work best if given before the dog becomes anxious, and should be tried out before they are needed as a few dogs show a paradoxical excitement reaction. Duration of action varies with the different drugs, but there is also large variation between dogs. Benzodiazepines may inhibit learning, making a dog less likely to remember the experience.

Drugs commonly used as antidepressants in humans can be useful in sound sensitivities in dogs. Selegiline and clomipramine are both licenced for use in dogs, though other antidepressant drugs may also be used. The downside to these drugs is that they take 4-6 weeks to have their maximal effect, but they can be useful where a dog may be exposed to fireworks over several weeks, or has other behavioural problems, and can be combined with benzodiazepines when fireworks are expected.

A combination of low doses of propranolol and phenobarbital has been used for managing phobias, including fear of fireworks, in dogs.

Drugs should only be used for fear of fireworks under the close supervision of a vet and behaviourist and should not replace environmental measures, or behavioural training to try and reduce the dog’s fear in the long term.