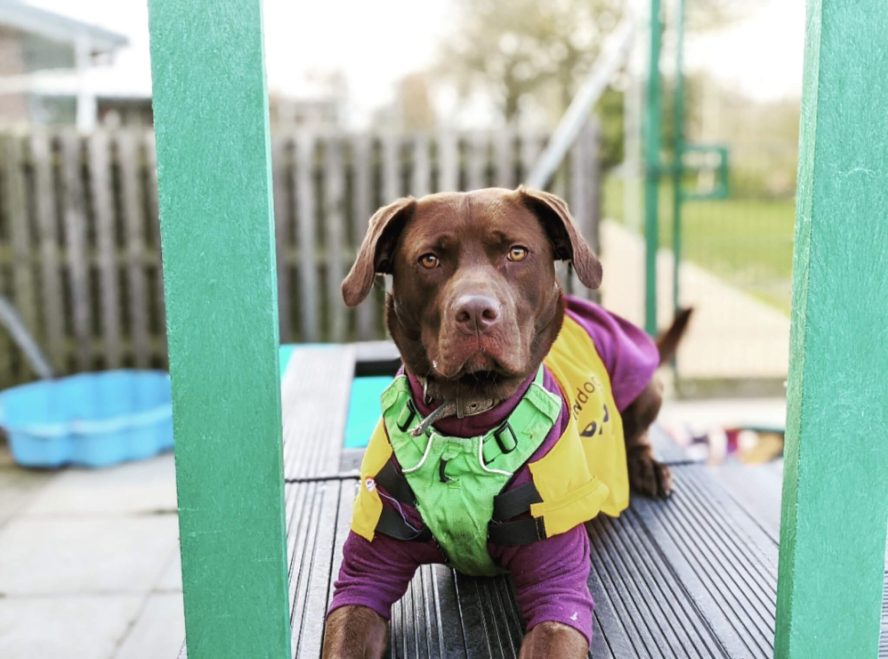 Since the launch of Breakthrough in 2016, we have been carrying out studies with Chris Bennett at Wood Green – The Animals Charity – in Godmanchester, to demonstrate the results that Breakthrough produces. Chris Bennett has an update on three of the dogs currently on Breakthrough.

Bach came to us due to some aggression issues with the children in the home. It was the wrong environment for a nervous dog to be in and we are hoping that building his confidence and bringing out his inner spaniel will make him successful in his new home.

Lucky is a 1yr old Malamute that came to us through no fault of his own. He has been with us a little while, probably due to his size and adolescence but also now due to the lockdown and closed rehoming. Lucky is getting stressed in the kennels and has started to consume some of his toys or show some protective issues with them. We are hoping with some EMRA bits and the Breakthrough diet we can turn this around.

Bourbon is a 1yr old Lab cross (something giant) with impulse control issue. He has been with us a little while and is having some intensive training to increase his chances of success. He is also fed the Breakthrough diet to support his training.

Alfie is a young spaniel/rotti cross. Again lots of impulse control issues such as jumping on worktops, mouthing, endless energy that was channelled in the wrong way in his previous home so he has some bad habits. He is also having some extra put into his training and is on the Breakthrough diet to accompany this.

Milo is a 4yr old Labrador cross German Shepherd. He is nervous and worried about new people but great with people once they have got to know him slowly. He always keeps himself to himself but has nipped people that think because he looks like a black lab they can just come over to say hello. We are hoping to build his confidence and sociability around interactions with new people. Currently fed Breakthrough to support his training.