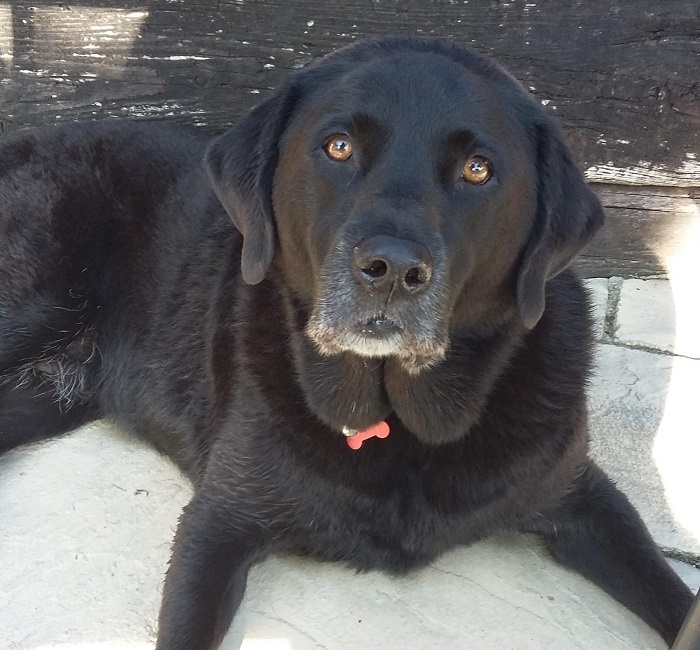 I wanted to tell you about our black Labrador male, Kenny. He is now eight, and throughout his life has always been very noise sensitive. We think it stems from when he was accidentally hit by a cyclist when a few months old. The bell noise terrified him and gradually this spread to other noises and his fears became normal to him.

Our behaviourist, Catherine Burniston, spent a lot of time with us working on strategies such as noise desensitisation. We also tried various medications (which she was reluctant about but we were desperate). 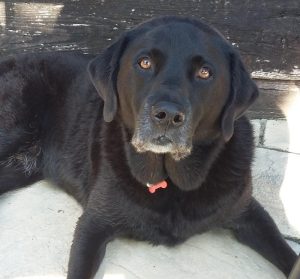 He started becoming very withdrawn and would find places to hide in at home as waves of anxiety rippled through him. Heartbreaking.

Catherine recommended Breakthrough because she had heard good results and, to be honest, we had tried all other options – short of sedation.

He has been on Breakthrough for over a year now and the results are amazing.  He still has noise phobias.  He still looks for a safe place sometimes, but he is a much more confident dog and displays puppy-like behaviour at times. He is thriving on it and we now feel able to give him the best life possible.

His coat, weight and fitness are fantastic for an eight-year-old dog. He’s full of it.

Martin & Tracy and Kenny the Labrador