The troublemaker of the house is a 5kg Pug, called Lewis. Lewis is frightened of people and dogs he hasn’t met before which results in him barking like crazy and, in the case of other dogs, actually having a go at them.

The behaviourist I went to for help recommended Breakthrough to help settle Lewis. I was incredibly sceptical that it would have any effect at all, but with him already being on calming medication I was willing to give it a go.

Lewis has been on the food for over six months. I found that within a few weeks of putting him on it there was a noticeable improvement in his behaviour. He is not perfect, but he has certainly improved and I am sure this is due to Breakthrough.

I will certainly keep Lewis on this food as it not only works for him but also he loves it. 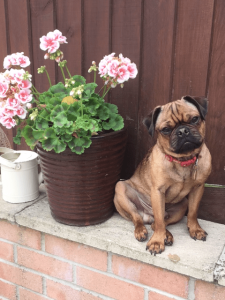