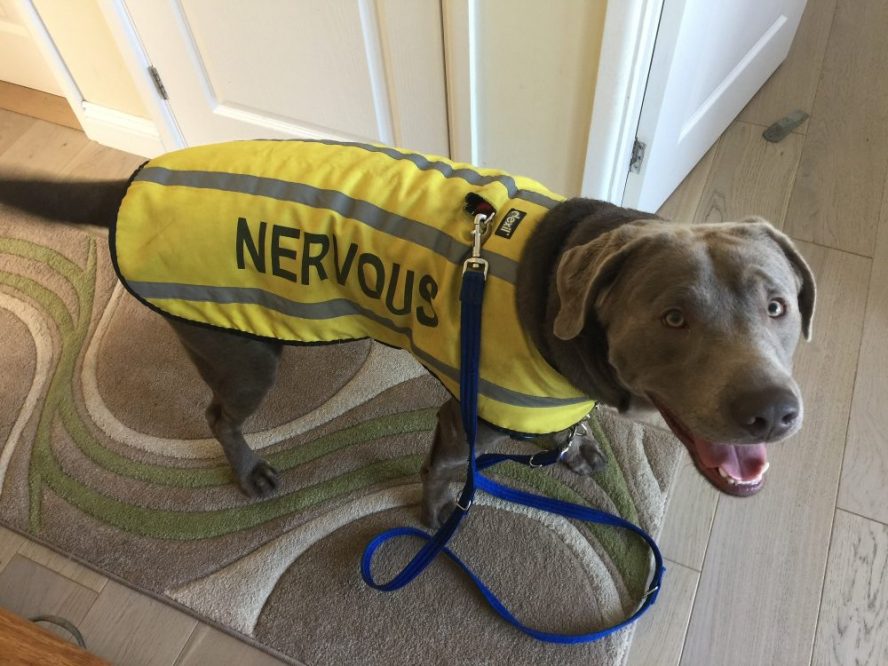 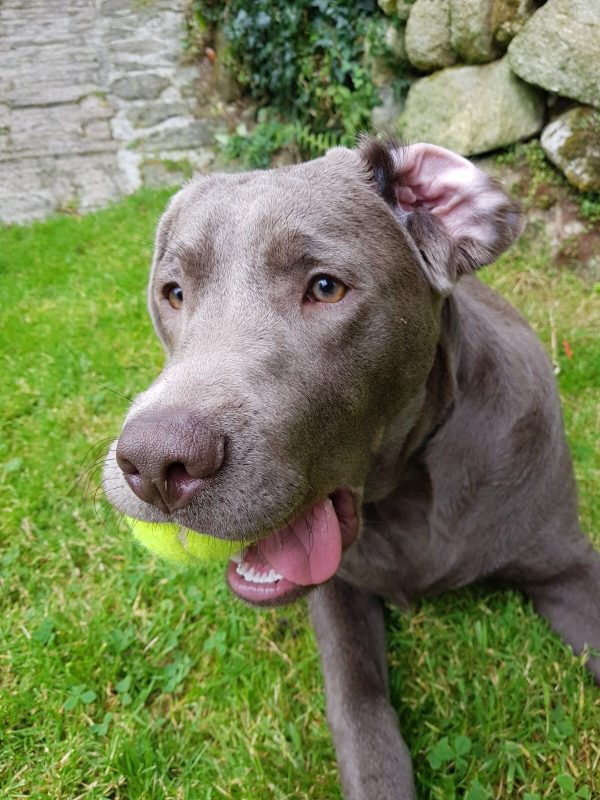 I noticed from a very young age that Yogi my beautiful Labrador was overly nervous of not just people, but also day to day household objects.  I was referred to behaviourist Ruth Collett RVN

DipCABT by my vets, who was a real inspiration.  She recommended Breakthrough, but at that time she believed that Yogi was still a bit too young for it and that we should keep him on his puppy food for a little while longer, which is what we did.

Just as Yogi celebrated his first birthday, we lost our 9 year old Labrador and Yogi’s anxiety hit fever point… it was so extreme.  He barked at absolutely everybody and sounded so vicious, it was awful.  What people did not realise was that he was in fact terrified and that if they had walked towards him, he would have cowered behind my back.  He freaked out one day when a feather fluttered down just in front of him while we were out.  Had a car been close to us I dread to think what would have happened.  I had lovely new food bowls and squidgy beds indoors all of which he would not go anywhere near.  The last straw came, when I took him for his booster and he bucked like a donkey and slipped his lead in the vets and he had to postpone the injection.

We made an emergency appointment with the behaviourist and started Yogi on Breakthrough.  We saw Ruth every week for 3 months and now pop by the vets to ‘play’ with the nurse every other week.  I truly believe that Breakthrough has totally changed both mine and Yogi’s life.

I can now take him out walking around the local boating lake and up through the town and even around a crowded harbour.  It’s a real miracle! He is much more gentle indoors and so very, very loving.  He is an amazing dog and I know that it is Breakthrough that has made this remarkable change in him.

I would love for anyone who has an anxious dog to hear how breakthrough dog food can really turn your dogs life around.  So many dogs get re-homed when their owners feel they have tried everything and can no longer cope, no matter how much they love their pet. Seeing is believing, I’ve been there and Yogi is living proof that with a breakthrough diet, life can been seen as fun and happiness and not the terror he used to have to deal with on a daily basis.

Thank you from the bottom of my heart.